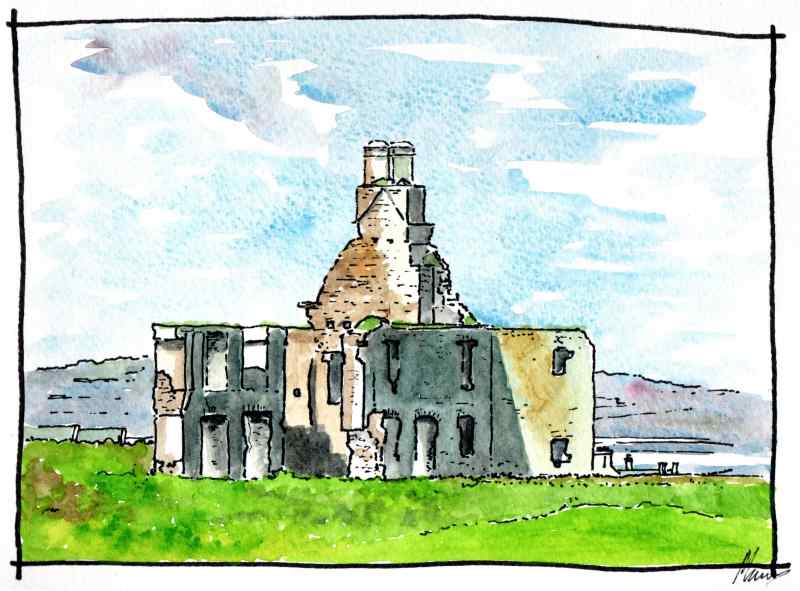 Nolan's Castle
Situated on an elevated platform to the NW of the costal town of Enniscrone in Co. Sligo, Nolan’s Castle is thought to date to the early seventeenth century. Its location is a strategic one on the costal route from Connaught into west Ulster and, as a result, there are records of at least two earlier fortifications on the site being destroyed. Thomas Nolan of Ballinrobe bought the castle from John Crofton in the 1620’s and his son was still living there in 1642 when it was the scene of a skirmish between the crown forces and a local militia during the ‘Wars of the Three Kingdoms’. In 1645 it was captured by the Cromwellian army and granted to Sir Thomas Gore.
The castle is really a fortified house which would have had circular flanking towers at each corner (two survive) and a steeply pitched roof. Musket loops defend a centrally placed formal door. Two tall Tudor chimneys survive and inside, a large fireplace.
Below the castle are the ruins of a medieval church.
​